I hope that everyone had a joyous Holiday Season and a great start to 2014. Two-thousand and fourteen represents a very special year, here at Camp Good Days, as we are celebrating our 35th Anniversary Year… I have spent much time reflecting on the past 35 years, during which we have served more than 45,000 campers from 22 states and 29 foreign countries. In addition, many of the programs and services started right here have been used as models for other cancer treatment centers and organizations around the world. Everything that we have done and continue to do is about improving the quality of life for children, adults and families whose lives have been touched by cancer and other life threatening challenges. We’re proud to be preparing for our 35th camping season, and hope you’ll join in on some of the fun we’re planning for 2014!

We had a very successful Holiday Season at Camp Good Days, and I would like to take this opportunity to thank the JC Penney Managers and Employees at Marketplace Mall, Greece Ridge Center Mall, and Eastview Mall, as well as the Rochester Lancers, City of Rochester, the Walden-Galleria Mall in Buffalo, Destiny USA in Syracuse, and Old Navy at the Shops at Ithaca, as well as all of the volunteers and those who helped to support Camp Good Days and Special Times’ Annual Joe Benet Memorial Kazoo Fest this Holiday Season. While funds were down a little overall, we’re thrilled to have raised $86,772 at Kazoo Fest in 2013. We hope to see everyone who volunteered this year at Kazoo Fest again next year!


On the Monday after Christmas, we got all the Rochester campers together for some Holiday fun at Ellison Park. With the help of Otto Harnischfeger, we filled the cabin to the brim with fun and festive Holiday decorations. We planned out many holiday games and prepared with both indoor and outdoor events. The day could not have been better if we scripted it. About 50 campers in the Rochester area gathered, and the location provided an intimate setting for our campers to reunite. They played games, and even had some special visitors. Santa and Mrs. Clause came in a limo, and were escorted by the Monroe County Sheriffs. The kids loved petting Santa’s reindeer after they got their gifts from Santa as well! 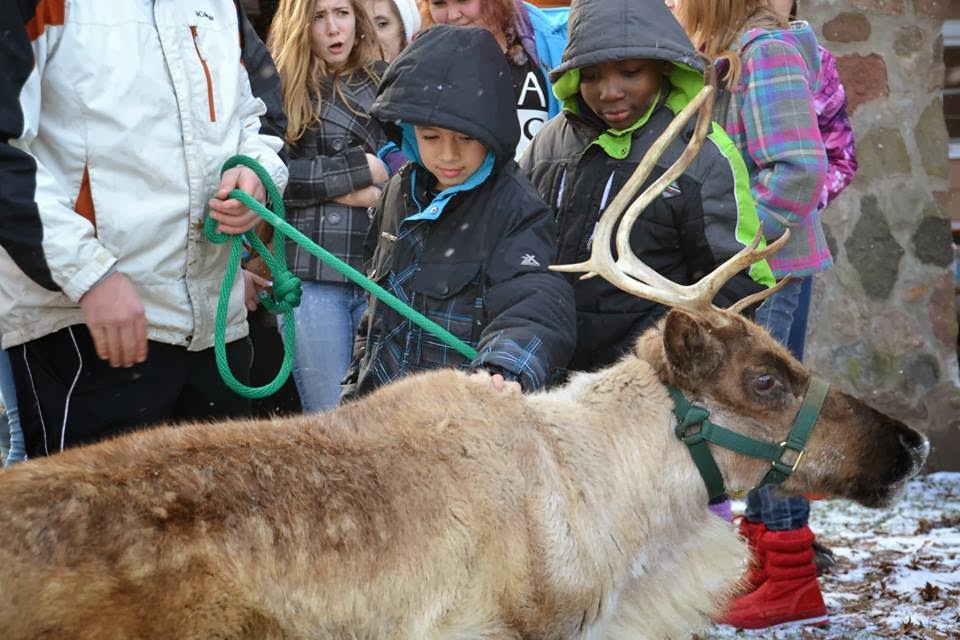 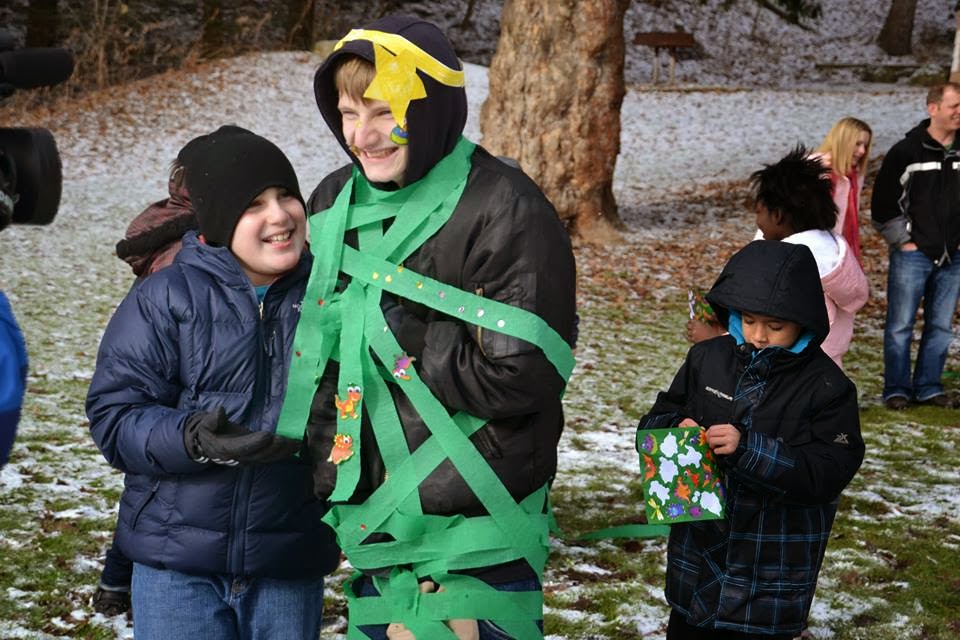 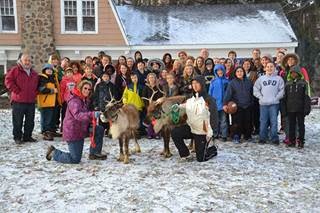 On New Year’s Eve, we attended the City of Rochester’s New Year’s Eve Celebration. We had tables set up at the Riverside Convention Center, and it was great to be at the event with a huge crowd and a number of family friendly activities. Joining us was Bill Benet, whose father, Joe, started Kazoo Fest some 68 years ago just a few blocks from where we were, at Sibley’s Department Store. It is amazing to see this holiday tradition still going strong so many years later, and what a blessing that this event benefits the children and families at Camp Good Days. The evening concluded as I was invited to join Rochester Mayor, Tom Richards and City Council Vice President, Dana Miller, to speak about the Rochester community, which was then followed by a beautiful fireworks show. 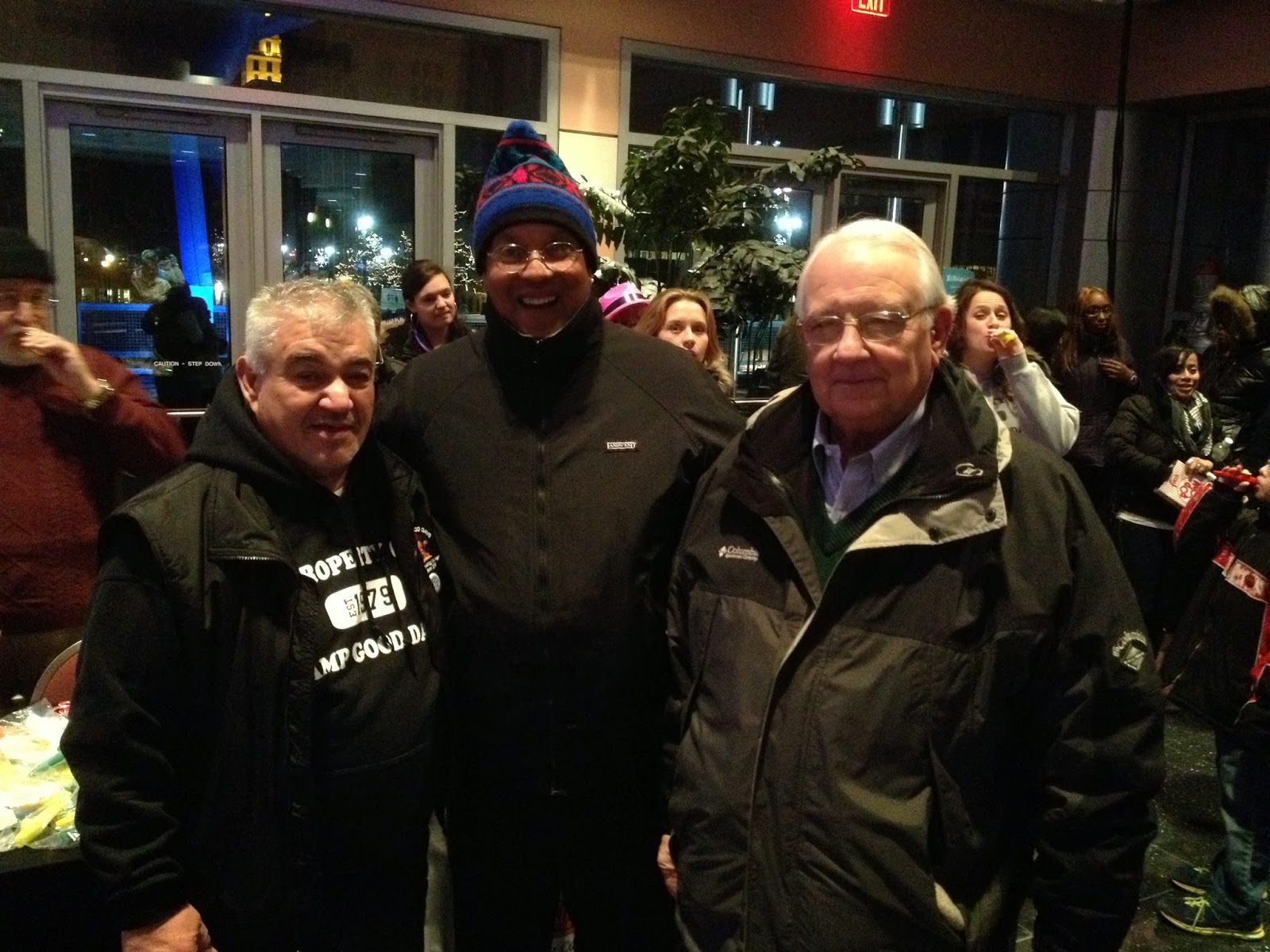 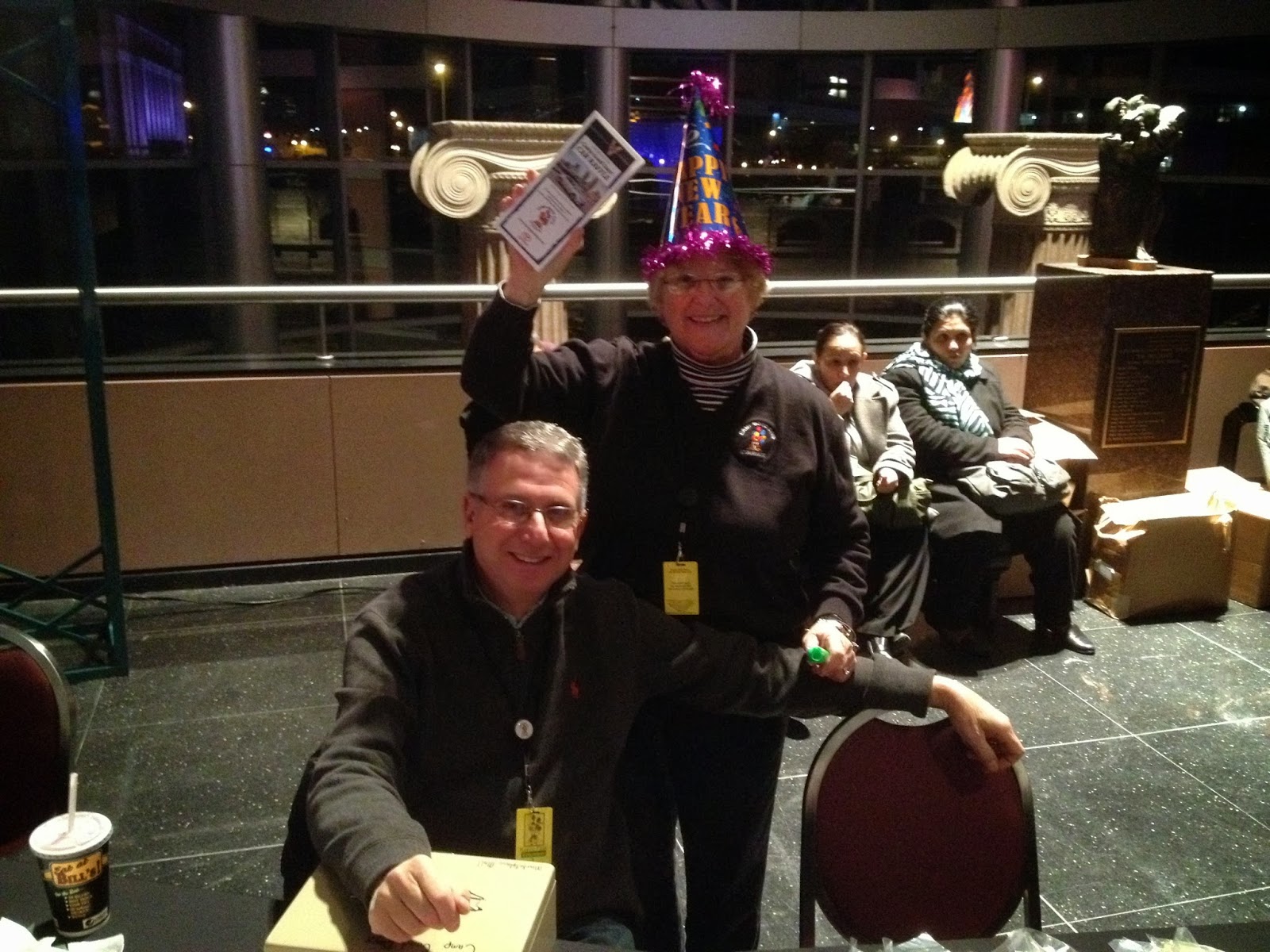 If you found yourself making a resolution to volunteer this New Year’s, I would encourage you to look into our programs. I often feel like a sergeant in the military and all he’s looking for is “a few good men and women.” If you’re interested in making an impact in the community this year, take a look at our programs and services. We’re always looking for new people to make an impact in our organization, and you can learn about the many opportunities we have right online. (http://www.campgooddays.org/Volunteer/)


With the start of the New Year, we are actively pursuing our goals and objectives. We’re excited to commemorate this achievement throughout our events during 2014, and will incorporate our new poster, painted by Steve Christie, former Place Kicker for the Buffalo Bills, at all our events.
As many of you know, special fundraising events are vital to Camp Good Days, as they provide the means for us to continue keeping the promise I made 35 years ago - that all of our programs and services would be provided free of charge for the participants, so as not to create any additional financial burden on those families served.  Oftentimes, especially when a child is diagnosed with cancer, one of the parents (if the child is lucky enough to have both parents in their life) becomes the primary caregiver and must cut back their hours at work.  With that, the family income decreases, yet the bills remain the same, and I never wanted a family to have to make the decision between sending their loved one to Camp Good Days and paying their bills.  There are very few things that are the same price today as they were in 1979 – that price being free.


The 32nd Annual Teddi Dance for Love will take place Friday & Saturday, February 21 &22, 2014 in the Student Life Center at St. John Fisher College. I often think to myself, “Where else can you find 100 people gathered on Wednesday night’s at 9:30 PM to help and plan a fundraiser other than on a college campus?” This 24-hour dance marathon is planned and implemented by a student committee at the college and raises funds to support the Teddi Project, here at Camp Good Days, providing the funds necessary for us to be able to take campers on special outings and activities, and on the Annual Florida Fun Fest. The Teddi Dance for Love is one of my favorite times of year; a time when you see firsthand the true meaning of love, hope, and giving.  Each and every year, I continue to be amazed by the hard work, dedication and devotion displayed by the Teddi Committee, all of the participants, volunteers and supporters, and the overall St. John Fisher College community.  As Teddi’s Dad, all those involved with the Teddi Dance for Love help to keep my daughter’s spirit and memory alive.  There are truly no words to express my gratitude for that special gift they give to me.


We’re also gearing up for the Fayetteville Manlius Dance Marathon. On Wednesday, January 8th, 2014, 12 members of the Fayetteville-Manlius High School Class of 2014 will take the stage of the school’s auditorium with the responsibility of officially kicking off fundraising for the 23rd Annual Fayetteville-Manlius Dance Marathon (FM DM), that will take place on Saturday, March 1st, 2014.  These 12 remarkable students have been nominated as MC’s, and head up the fundraising efforts for FM DM.  The students start working on FM DM as soon as school starts in the Fall (although they’re already excitedly discussing next year as soon as the Dance Marathon ends in March), and after this official kick off for the entire student body, will work tirelessly right through until the event in March.
Over the years, the students and FM Community have raised well over a million dollars for Camp Good Days; last year alone their efforts totaled over $125,000.  The funds they raise with their 12-hour dance send hundreds of children touched by cancer to summer camp each year.  But the best part is, they don’t just send them – they’re at camp right along with them.  Dozens of Fayetteville-Manlius High School students, current and former, volunteer as summer camp counselors each summer, some offering weeks of their time.  For a group of high school kids to unite an entire community and raise over $100,000 is simply amazing.  But for so many of them to volunteer their time during summer camp and throughout the year at every single event in the Syracuse area, that’s beyond words.  We are more than honored that this community comes together this way to help Camp Good Days, and are so grateful to be going into the 23rd year working with this incredible group of people.

I recently went back through my blog posts, and came across one written on January 3rd, 2008. It referenced when we opened up our Recreational Facility in 1989. One of the attendees of the ribbon cutting ceremony asked me what I wanted to do next. I replied that I wanted to close Camp Good Days, as I truly believed that at some point, during my lifetime, the answers that had been eluding us in the battle against cancer would be found.


I’m excited about the progress that is being made. Through the efforts of CANCER MISSION 2020, we have now entered the CALL TO ACTION Phase.  I am excited to announce that Congressman Tom Reed has introduced legislation in the U.S. House of Representatives, which is sponsored by Congresswoman Louise Slaughter and Congressman Chris Collins, which strengthens the enforcement mechanisms of the requirement to publicly report results of cancer trials and research conducted with federal grant money. The goal of the legislation is greater sharing of cancer research results in the search for a cure to cancer. You can view HR 2301 and support it directly on our website at http://cancermission2020.com/images/BILLS-112hr5283ih.pdf.

Keep in touch with Camp Good Days in 2014. ‘Like’ our page on Facebook, and follow us on Twitter (@CampGoodDays). Tune in to the Camp Good Days’ Radio Show on 92.1 WYSL FM/1040 AM the first Thursday night (6:30 PM) of every month to hear about what’s new at Camp Good Days.  If you are outside of the listening area, you can get the podcast of the show at http://wysl1040.com.


My next blog post will feature an in depth look at the 32nd Annual Teddi Dance for Love, and also touch on our Annual Night of Gratitude, one of my favorite nights of the year.


Additionally, one of my personal goals for 2014 is to be more consistent with these blog posts, in an effort to keep you all up-to-date.  Sometimes it can be a bit difficult, as you can tell from the number of different programs, events, activities and efforts we are involved with – but I promise to do my best.
Posted by Gary Mervis, Founder at 5:16 PM No comments: