A WEEKEND OF COURAGE AND A LOST HERO… 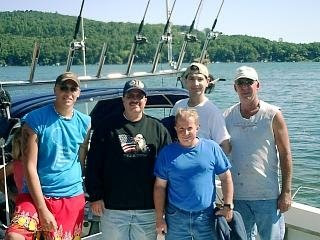 How do you go from the top of the mountain to the bottom of the valley in less than 24 hours? This past weekend was one that will stay with me for a long time to come.

This past Saturday was a beautiful evening at Fauver Stadium on the campus of the University of Rochester where Courage Bowl IV, the annual football game between the St. John Fisher College Cardinals and the University of Rochester Yellowjackets, was played. The Courage Bowl has truly become more than just a football game, and thanks to the Administrations, Coaches, and Players from both teams, a true community event.

This year, 10 special children from Camp Good Days were selected to be an integral part of this exciting event. The six Honorary Coaches and four Honorary Cheerleaders had the opportunity to be a real part of a college football game. The six Honorary Coaches, three with each team, attended practice with their teams last Friday afternoon; joined their teams for the pre-game meal and travel to the game; led their teams onto the field, where they joined the Team Captains at midfield for the coin toss; and spent the game on the sidelines with their teams. The four Honorary Cheerleaders, two with each squad, also attended a practice last week and met their squads to get dressed, do their hair and makeup for the game, and cheered on their teams from the sidelines.

Courage Bowl IV was an exciting game for the nearly 5000 fans who attended, as well as for those who watched the game live on WROC TV-8 or listened live on WYSL News1040AM and Sports Radio WHTK 1280AM. It was truly a remarkable and memorable evening of courage!

I left the game on Saturday night knowing that the special children from Camp Good Days had created memories they would cherish for years to come and the hope that the players and cheerleaders enjoyed the opportunity to grow as individuals and help those less fortunate than themselves.

I went to bed feeling really good but on Sunday morning, my wife, Wendy, told me that she had received some sad news and I could not believe that Denny Dutton, one of our original campers when I started Camp Good Days 29 years ago, and one of our true heroes, had apparently lost control of his motorcycle on Saturday afternoon and had died. I sat on the edge of my bed and called Denny’s wife Sharon, only to hang up the phone and bury my head in the pillow and cry.

Denny was an extraordinary young man. He was diagnosed with a malignant brain tumor when he was an adolescent, only a few years older than my daughter, Teddi, was when she was also diagnosed with a very similar malignant brain tumor. Teddi and Denny had the same radiation oncologist, Omar, at Strong Memorial Hospital and at that time there was a very popular television show, The $6 Million Man. Omar told me that Denny’s chances for survival were more than six million to one. Denny survived his brain tumor, but that battle was not without its gains and setbacks, pains and joys. Denny was told that one of the side effects of his treatment was sterility and that he would probably never be able to father children.

As was the case with all that Denny did, he defied the odds, got married and was the father of two beautiful daughters that he and Sharon have raised to be lovely young women. Denny worked at Xerox in Webster and by all accounts was a loving dad to his daughters and a loving and supportive husband to his wife and Denny is my hero. Denny continued to be a part of our Camp Good Days’ family over the years through his support of many events, volunteering when he could, and sharing his story with all those who would listen.

As I look back over my life, I have been blessed to have met many famous people from government leaders, Presidents, corporate and business leaders, athletes and entertainers, but my true heroes are the extraordinary young people, like Denny, I have met through my work as Chairman & Founder of Camp Good Days; young people who through no fault of their own have been dealt a difficult hand in life and have every reason to be mad at the world and walk around with a chip on their shoulder, but not these kids. What they have taken from their battle with cancer is to make everyday special, make everyday the gift that it is, and to live each day to its fullest. They don’t have the time for mundane nonsense that many of us allow ourselves to get bogged down with and ruin our days.

To be sure, Denny lived and marched to the beat of his own drummer and the only satisfaction I have from his untimely and tragic death is that he died doing something he loved – riding his motorcycle on a beautiful, sunny day.

Denny Dutton is probably someone you have never heard of…but he is my hero and someone that will be truly missed by all those who knew and loved him.
Posted by Gary Mervis, Founder at 3:14 PM

What a beautiful tribute to a first class man. As yet, since getting the news of Denny's death, have I been able to put together words to describe how I felt about him. Thank you for sharing this wonderful description of Denny. He will live on in the hearts of those who knew and loved him.

A perfect tribute to Denny. I am so thankful for all that Camp Good Days has done--not only for Denny, but to all the kids who have had the opportunity to benefit from such a great organization. Thank you Camp Good Days, for all that you do. A special Thank you for your incredible tributes to Denny this week.

I have always known that Denny was special but I'm Aunt Grace so of course I think he's special. Now to hear from other people how Dennis was valued and treasured it shows me that denny was truely special and "bigger than life" as his mom would say. He was an extraordinary man who inspires me to do better and to love harder than ever. I love you so much Dennis. I'll miss you forever.

Wow! Gary, so true. I only remember Denny when I was also a kid of 17-18 years old. I still have letters he wrote to me when he was 17 or 18, and remember Denny's smile, and beautiful character. Although it has been well over 25 years since I last heard or spoke to denny, his memory will always be etched in my mind. Your words are a true tribute to Denny.**Neil Siegel

Gary,
Thank for a great tribute to Denny. He was a special guy to his family. He lost his Dad to an accident when Denny was less than one year old. As he grew over the past 42 years he endeared himself to every member of our family with his open love and affection for all of us. The bigness of his love and now the loss of him has created a vaccum and it is difficult time for all of us. Your kind words are a comfort to us.

As you know Denny was a dedicated fan of your Camp. He loved you and looked up to you and we thank you for being such a good role model for him and providing the incredible opportunity of sharing a part of his life with others who are dealing with cancer. He brought me to the "Ridin for a Reason" experince several times over the years and I cherish those opportunites to enjoy that part of his life with him. A couple of years ago, my son, Denny and I rode in the ride, and that was really the best time.
He is loved. He is missed. Thank God there is a Heaven where he can rest peacefully with his relatives that have gone before him.
Uncle Rod

i was able to spend a week with Denny a few years ago on an amazing CGD's Florida trip. Danny was truly a wonderful man, and i will miss seeing his wonderful smile at the annual Christmas party. RIP Denny i love you!

Gary, you are an amazing person with such a big heart. You have done so much for my family and I can't tell you how much I really appreciate it. Thank you so much for being you and god bless.

I am the blessed person here, for I am his mother. He was a very courageous young man always. He was always my HERO. He put up with so much pain for so long. I know that he is free of pain. But he is busy. He is busy with all the other Camp Good Day kids that met him when he arrived. He loved with his whole self and kept nothing back. He cried easily because he was such a genuine guy. I will miss him for the rest of my days. I will be eternally grateful that he chose me to be his mom. Thanks Gary, he truly loved you and cared so much about camp. He just could not understand why they had not found a cure for child hood cancer, he always said it was so unfair. My heart will always ache for my son. He was and is the greatest man among men. Let me add one more thing, he was the real deal. I love you Denny now and always. Mother

I'm so sad to hear about Denny. I only met Denny that very first year at camp. We were both about 10 yrs old and arrived at Camp Good Days in the Adirondacks and instantly became friends for that week. I guess we had alot in common, and now I hear he had 2 beautiful daughters like myself. It brought tears to my eyes when I read Gary's blog. God bless to his family, even though I didn't know Denny that well, I feel like I lost a brother.